Decades ago, aerial imagery acquisition was completed primary by high-flying planes. But these high-flying planes couldn't capture very high resolution scans. Not only did they need to move quickly, but they had to fly high up. Today, drones are a better option.

How Are Drones Used to Capture Aerial Imagery?

Drones are fitted with special sensors and imaging technology. They then fly close to the ground, capturing complete surveys. These surveys can be in the form of aerial photos or laser 3D data. Once the drones land, the data can be analyzed.

Drones can either use a solution called "photogrammetry" or "LiDAR." Photogrammetry takes many pictures and then analyzes them, creating a 3D image out of these 2D photos. The result will be appropriately colored and textured. These images are easily read by people.

Why Are Drones Superior to Other Options?

Comparatively, drones are exceptionally safe. If the drone crashes, only the drone is damaged. Drones are faster, lighter, and cheaper. They are also more mobile. They can fly lower to the ground because they don't need to worry about a crash. This allows for higher resolution scans.

And, of course, scans that are done on foot tend to take a very long time, and can't be done in potentially dangerous locations.

What Can't Drones Be Used For?

The only downside to drones is that they can't cover exceptionally large distances quickly. While drones can be used for the majority of surveys, they aren't very useful for, say, mapping an entire city at once. Planes and helicopters are better for these types of large scale data projects.

Still, for the most part, drones tend to be the best option for aerial imagery. They're versatile, affordable, and safe.

Drone technology is still being developed for aerial imagery, but it's one of the most promising options available today. Many companies have drone, plane, and helicopter imaging, so you can use the type that is best for your project. 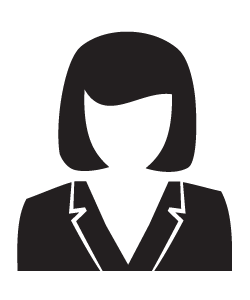 The logistics of the trucking industry always fascinated me, even as a child. When I got old enough to understand it more, I discovered all of the different aspects to it, from long-haul to local trucking as well as intermodal. The more I learned, the more I could see that truck drivers really were a key part of the country's infrastructure. I created this site to share the information I've learned about the trucking industry, how it works, and what makes it so vital to our economy. I hope that the information here encourages you to support your local trucking companies, or even to launch a dispatch company of your own.